I’ve had a rant on social media about this, now it’s time to collect that information somewhere a bit longer lasting. There’s a lot of FUD about #KRACK or #WPA2KRACK, the Key Replacement AttaCK affecting WPA2, so I thought I’d share some thoughts on it.

The most important thing people need to know is, there’s not actually much you need to do or worry about. Follow current best practises, and you should be fine. Nothing much should really change for most people.

The basic summary of what has happened is, most WiFi networks are protected by WPA2-PSK or WPA2-Enterprise. As of today, WPA2 can now be cracked. Network traffic on WPA2 protected networks can be read and have data injected in to it. A lot of FUD news articles will be telling you to panic and all WiFi in itself is broken. In the wise words of The Hitchhiker’s Guide To The Galaxy, don’t panic. WiFi itself isn’t broken. END_OF_DOCUMENT_TOKEN_TO_BE_REPLACED

Today (13th of April 2017) the national Metadata retention laws come in to place, which require Australian ISP’s and Australian service hosting providers to retain all metadata for 2 years, accessible by various approved (seemingly randomly) departments without a warrant.

I say it seems random as the approved list has included various (but not all) local councils. What would they need ISP metadata for? END_OF_DOCUMENT_TOKEN_TO_BE_REPLACED

It may just be my own Twitter echo chamber (ie, a case of who I follow more than anything else), but my Twitter feed this morning has been going nuts about the latest WikiLeaks leaks about CIA hacking data. I wanted to say something about it without doing stupidly long tweet-stories, so I thought I’d give Medium a go.

It’s all a much of nothing.

The three main points of focus in most articles. a) CIA attacked SmartTV’s for recording audio. b) Encrypted communications apps are all open because the CIA have methods to get OperatingSystem level access to SmartPhones. c) They’re “holding exploits open”. END_OF_DOCUMENT_TOKEN_TO_BE_REPLACED

I hate Instagram.  Actually, I’m that statement isn’t entirely true.  To be completely honest and truthful, I F%$KING loathe Instagram.  It is the chain-mail of the photography world (Send this email to all your friends list!).  It is so similar to a computer worm (virus) it’s not funny.  It seems to serves no purpose other than get other people to spread it, install it, get itself everywhere and propagate some more.

What exactly is wrong with it?  Well, just about everything.  END_OF_DOCUMENT_TOKEN_TO_BE_REPLACED

Yesterday my mate brought to my attention SYDNEYS FIRST EVAR TWEETUP!  #THEMEET140!  And those awesome folk at B&T are bringing it to us!  Sydney is FINALLY joining the 21st Century and becoming social media aware thanks to the brilliant folks at sites like this!!!

Well, except for one ever so slight problem.  It’s actually not Sydney’s first tweetup.  They’ve actually been going on since 2007 for actual “tweetup”s under the guise of #STUB, #SHTBOX and #SYDRIBS (possibly more), and even longer for coffee tweetups (#coffeemornings).  Oops.

Jon Holloway has been copping a fair bit of flack about this on twitter under the #themeet140 tag as well as in the comments in his articles.  This post too was originally going to be along those lines, but as I started composing this post in my head it quickly changed to be a post in defence of him.  You see, I’m actually not all that surprised he couldn’t find information on the existing ones. END_OF_DOCUMENT_TOKEN_TO_BE_REPLACED

I woke up this morning to see numerous people I follow on twitter saddened by the verdict that the twitter joke trial would continue on as originally set.  This may come as a surprise and a sad thing to many people, but it not a surprise in the least to me.  But first, a little background for those who may be unaware of the situation.

Paul Chambers (I am unable to find his twitter name in the three seconds I spent searching for it) was planning on meeting up with a friend, but required a flight to get there.  There were delays however due to the weather and his flight was cancelled.  That night from a hotel while joking with his friend @crazycolours he sent her the tweet “Crap! Robin Hood airport is closed. You’ve got a week and a bit to get your shit together otherwise I’m blowing the airport sky high!!”.  The authorities noticed this tweet, tracked it down to Paul Chambers and pressed charges for making a terrorist threat.

Originally he was given a conviction and a rather minor (considering the charges) £1,000 fine, however he chose to appeal this.  That appeal happened today.  He lost and according to The Guardian has been told his fine has been increased a further £2,000 for the proceedings that have taken place.

From what I’ve gathered so far, his defence relied on convincing the courts that this was a private conversation between himself and @crazycolours.  The statements of his were not made publicly or directly to the airport.  Also, they were purely said in jest, they were a joke with no actual intention of even considering following through with them. END_OF_DOCUMENT_TOKEN_TO_BE_REPLACED

Today, the 31st of May 2010 is International Quit Facebook Day.  It all started after some changes to the Facebook privacy settings were made earlier this year, with peoples settings changed and the default being information shared openly.  They also have been working hard on a single-signon system which external websites can use, and link information about you and your friends.

Personally, I find this whole quit facebook day things to be hilarious.  To me it simply shows peoples ignorance. END_OF_DOCUMENT_TOKEN_TO_BE_REPLACED

Like Loading...
Just the other day the Apple app store (used for getting third party applications on to non-jailbroken iPhones and iPads) refused an application which was designed to share a particular artists political satire cartoons.  The internet erupted in protests about this latest bit of censorship from apple.  A lot of people emailed Steve Jobs directly, to which one person received the following reply.

PlanetBeing has developed a way that you can install Android on to (and dual-boot) an iPhone!  The fanboys will be extatic!  They can eat their cake and have it too!

Go to PlanetBeing’s blog for more details and a video of it in action. 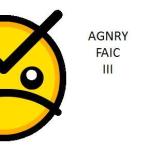 We should all be familiar with what a “fanboy” is.  They’re someone of any gender (male, female and/or misc) who is an overly passionate fan of a certain brand.  This brand could be anything from a cereal brand, car manufacturer, band, musician, actor, actress, IT company, sports star … the list goes on.

So what term would one use to describe someone that is the opposite.  That is, someone who is overly passionate against a certain brand.  Being an IT worker I see the fanboys and antifanboys the most when it comes to software manufacturers.  Apple probably has the most passionate fanboys, who fawn over any and every product they release, have multiple versions of every product from phones to music players, computers, laptops.  The most passionate antifanboys though are shared equally between Apple, Microsoft and Adobe.  People who use any excuse they can to rip on any and all products from those manufacturers.  Just take a quick look at the iPad hate before and after its release. END_OF_DOCUMENT_TOKEN_TO_BE_REPLACED

It’s April 22nd here in Australia which means according to the SheThought.com blog (which incidentally I suggest you read), it’s time for me and all other self professed skeptics around the world to blog about blogging.

The topic I’ve decided to cover on blogging is comments, or more specifically spam.  Comments in themselves are a huge thing that most first time bloggers don’t usually realise will become such a drama, but it is something worth thinking about.  What kind of moderation will you put in place?  What automated systems?  How will you handle abusive comments?  Trolls (people who post purely to upset others)?  Fights?  Threats?

These are all things to think about, and on this blog here I have yet to actually decide on a policy myself despite this blog being well over a year old already.  I have full moderation turned on, meaning I have to approve every single comment.  I want it this way until I decide on a policy as I don’t want to be pulling comments that have already appeared.  I am also yet to refuse a comment submission with one exception.  That exception being, if it looked like spam. END_OF_DOCUMENT_TOKEN_TO_BE_REPLACED